Collects Wolverine: Origins 21-27.
Wolverine and Deadpool go head-to-head in a battle to the finish! Two men, both products of the Weapon X program, both highly trained killers. One claims to be the best he is at what he does, though what he does isn't very nice -- but the other is the Merc with a Mouth, and he might just have something to say about that claim!
See More See Less 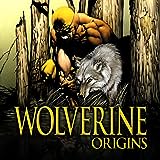 Wolverine: Origins
Logan embarks on the first leg of a long and bloody quest for vengeance against those who have turned him into the monster he is today!
Your use of Marvel's Digital Comics Shop signifies your agreement to the Marvel Digital Comics License Agreement and Terms of Use, the Marvel.com Terms and Conditions and Privacy Policy.