The Green Goblin. Doctor Octopus. Electro. Kraven the Hunter. Sandman. Five of Spider-Man's deadliest foes have banded together as an unstoppable force of evil! Will the combined forces of Spider-Man and the Ultimates be enough to stop these criminal masterminds before their reign of terror spreads across the world? And who will be named as the final member of the "Sinister Six"? Plus: A major movie studio is making a summer blockbuster about Spider-Man, and the Ultimate Wall-Crawler swings by the set to give the producers a piece of his mind. But someone else is even hotter about being in the film than Spidey: Doctor Octopus, who just may shut the production down if he doesn't get final edit! As the cameras roll, the real wall-crawler and Doc Ock go head-to-head behind the scenes!
See More See Less 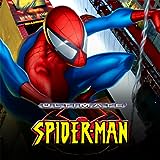