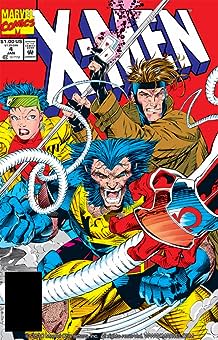 Ah, those early days of love—the heartache, the jitters, the very real possibility of rejection. A first flirtation on the basketball court makes our hearts all aflutter… until Rogue tells Remy LeBeau it’s “paws off”! Still, she agrees to a first date, getting all dolled up to have their night crashed by Soviet mutant soldier Omega Red. 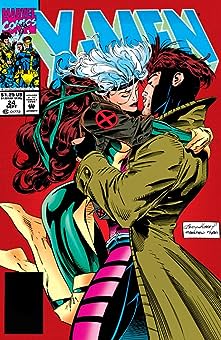 Gambit delivers on that “magic time”, whisking Rogue away for their first, off-campus date. Over gumbo and conversation, we find out these two can go deep. All very promising, but with mutual abandonment issues, Rogue’s inability to touch, and Remy’s criminal past, it’s more complicated than kismet. Follow this one up with GAMBIT (1993)… where it gets even more so once we find out about Remy’s first wife. 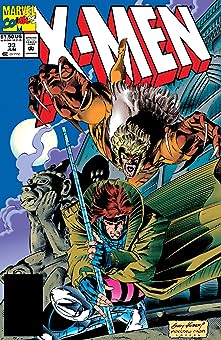 While Sabretooth “convalesces” at the X-Mansion, he tells Rogue about his first rendezvous with a teenage Gambit in Paris. Rogue gets a different perspective on “the Cajun”, getting an earful of Remy’s past as a seducer/scammer. It’s not pretty. While she does declare her love for him by issue’s end, Rogue’s left doubting his sincerity… and character. 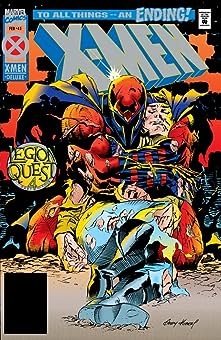 Facing universal collapse, (prelude to: the Age of Apocalypse), the couple seize their last moment on Earth with a first and final kiss. They do get more time, and it won’t be their final, but the aftermath to this smooch left Remy comatose, and Rogue saddled with memories of shady, shady deeds. Continue reading through #45, and try X-MEN: PRIME (1995) #1 and UNCANNY X-MEN (1963) #322-326 to fill in more gaps. 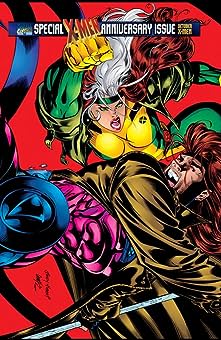 If not a full break-up, then this issue hits the brakes. Rogue follows a trail of Remy’s guilt straight to Seattle, a location that’s tied to his dark days of thievin’ and schemin’ with just about anyone. Gambit follows too, and after an ugly confrontation that levels a theater, Rogue flies off, unable to trust any promise of commitment. Also, Iceman as a diffusing third wheel deserves a callout as the real MVP. 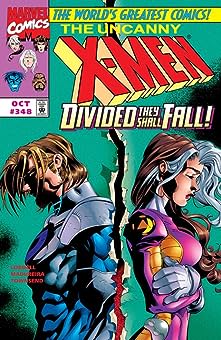 Read through #350. The Break-Up Arc. After finally getting to express his physical love for Rogue, Gambit faces “trial” from Shi’ar enforcer Erik the Red, complete with a jury of X-Men peers. His involvement with Mister Sinister and the Morlock Massacre is laid bare, a devastating blow for Rogue who promptly dumps Gambit in Antarctica, effectively leaving him for dead. 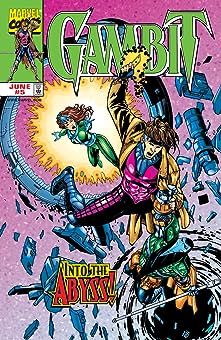 After Rogue’s kidnapped by the X-Cutioner, Gambit swoops in to save his gal. Page 23. ‘Nuff said. 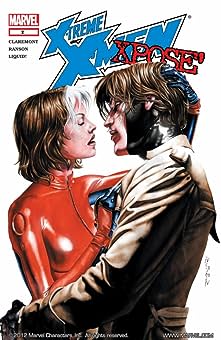 We love this issue—it’s a rare, functional moment. After losing their powers in an ordeal with Vargas, (X-Treme X-Men #15-19), Rogue and Gambit are without powers, and have decided to lay low in mutant beach town Valle Soleado. We see what makes these two work here; Remy’s quiet, supportive strength, paired with Rogue’s candor and courage. Pick up with X-TREME X-MEN (2001) #31-onward for the full arc. 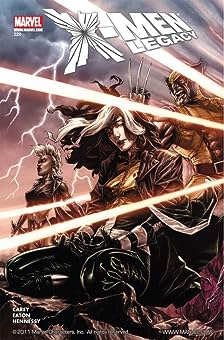 Start here, and continue reading through the rest of this Rogue-centric series. It features more “Romy” goodness than we can cite, (and even some Rogue/Magneto if that’s your thing). Following a psychic recovery, Professor X journeys to the Australian outback with Gambit in tow to pay an outstanding debt—help Rogue control her powers. Issue #224 is a can’t-miss, as are the Shi'ar space pirates in the first arc. 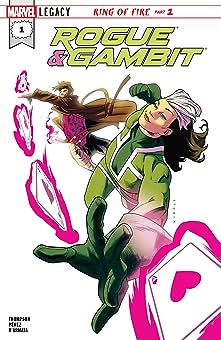 Rogue’s less than stoked when Kitty Pryde sends her and “ex” Gambit on an undercover mission to a place called Paraíso to track some missing mutants. Looking for the bullet points to Rogue and Gambit’s entire history? Writer Kelly Thompson and artist Pere Perez cover it all in sexy little snippets, whether in couples therapy or kickass, team-up battle. 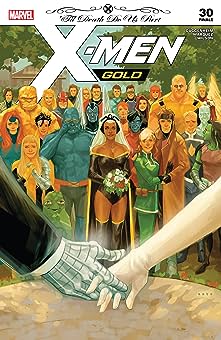 After years (or a near 3 decades) of push and pull romance, the lovebirds take the plunge of holy matrimony! And… surprise! They hijack the failed wedding ceremony of Kitty Pryde and Colossus! 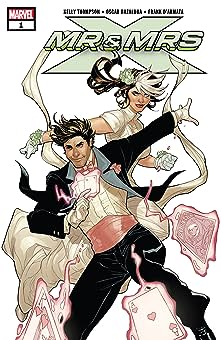 See what happens after the wedding in this top-read series! From a Deadpool-crashed honeymoon in space, to an abduction into the Mojoverse, Rogue and Gambit, newlyweds, learn allll about each other once the work of marriage begins. From ex-wives to in-laws, this is Super Hero romantics at its best.