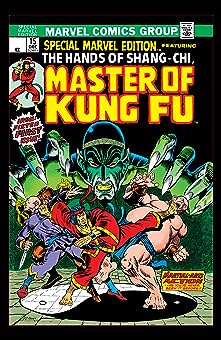 Raised from birth to be the ultimate assassin by his father Zheng Zu, Shang-Chi sets out on his first mission to kill an evil interloper! However, when he successfully slays his target, a friend of the deceased tells him the harsh truth: Shang-Chi’s father is the true villain and is the head of a deadly criminal enterprise! 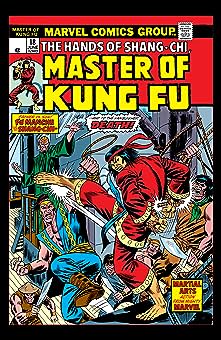 The secret agent who set Shang-Chi on the path to justice returns to recruit the master martial artist in an undercover scheme. Disguised as a dockworker, Shang walks right into one of his father’s strongholds! 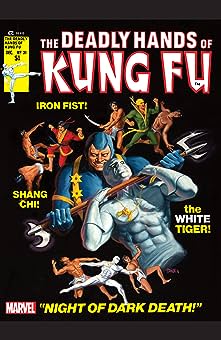 Shang-Chi teams up with Iron Fist, White Tiger, and Jack of Hearts to form a powerhouse martial arts fighting force! The quarrelsome quartet convenes to fight the nefarious Foundation, the organization that cursed Jack of Hearts with the burden of his Zero Energy abilities. 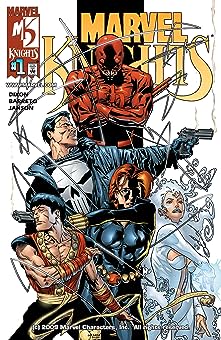 The Master of Kung Fu joins the Man Without Fear and other heroes to clean up the streets of New York! Their first mission is to bring in a mass murderer to face a long-overdue trial. The only catch: the man they’re after is the Punisher! 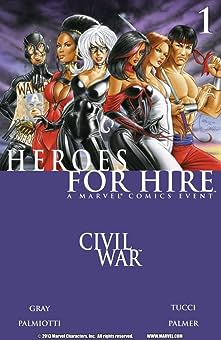 In the midst of the Super Hero Civil War, Shang-Chi joins up with Misty Knight’s revamped Heroes for Hire team to help apprehend super villains attempting to dodge the Registration Act. Will Shang-Chi also find love in the arms of fellow teammate Tarantula? 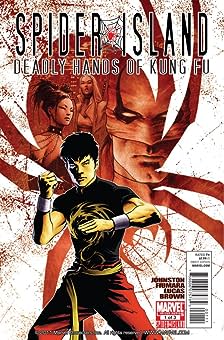 The Spider-Virus epidemic has begun, and Manhattan is the epicenter! Shang-Chi aids the city’s heroes in beating back the infected inhabitants, but when the Bride of Nine Spiders seemingly aligns herself against her former allies, it’s up to Shang to take her out! 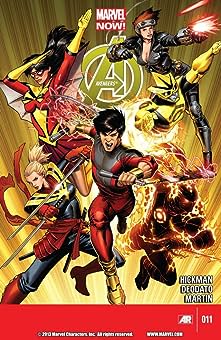 Shang-Chi: Avenger! Now a newly minted member of Earth’s Mightiest Heroes, Shang-Chi travels with the team to a Macanese casino that may be serving as a front for illicit A.I.M. dealings. 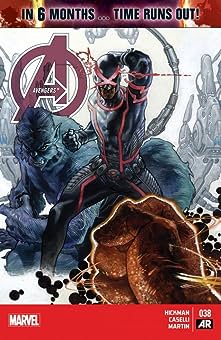 Ex Nihilo has unleashed an origin bomb on the city of Kobe! Shang-Chi engages the device on the metaphysical plane, and following a psychic battle emerges with the power of self-duplication! 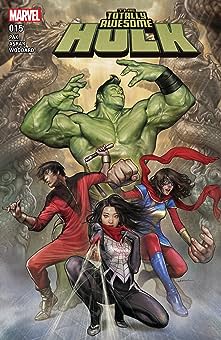 Read through #18 for the full Big Apple arc! Totally Awesome Hulk Amadeus Cho learns to be a team player when a slew of other heroes come to town for a benefit. Guest-starring Shang-Chi, Jimmy Woo, Silk and Ms. Marvel: Kamala Khan! 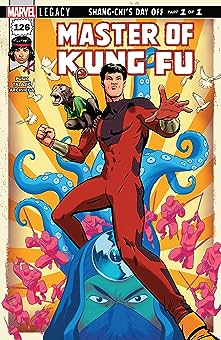 In this spectacular one-shot, Shang proves he can wield an ice cream cone with lethal force while dissembling an underground ninja ring that’s experimenting on wild animals. Read it to believe it. 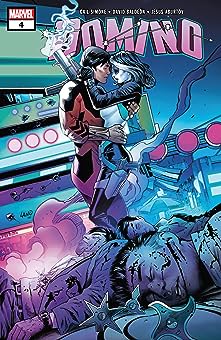 Domino’s search for answers about her past takes her to Hong Kong! Will she stay on the straight and narrow under Shang-Chi’s tutelage? Or go right for the seedy underbelly? Marvel’s greatest odd couple may start here!