All the players are assembled...the stage is set...the lights are lowered...and a conspiracy begins. This is it: the ultimate revenge saga as designed and engineered by Punisher's arch-rival, Jigsaw! He's killed off the loose ends from Frank Castle's life before the Punisher; he's replacing him on the streets with a leaner, meaner psychotic; and now Jiggy's taking out everyone and everything that Castle holds dear and framing him for it. And this is just the bloody beginning.
See More See Less 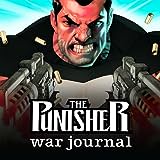