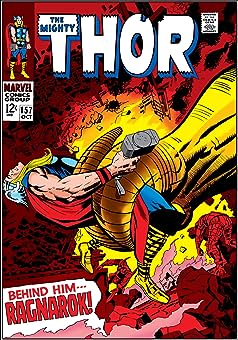 My favorite Lee/Kirby Thor story. I knew from the moment I got Thor: God of Thunder I wanted to do a Mangog story – it took us seven years to get to it. It’s big, crazy Kirby stuff. The Mangog’s a monster with the strength of a billion beings from an alien race that Odin slaughtered, so he’s brought about by their thirst for revenge against the gods. This nailed what makes Thor stories so grand and epic and crazy. 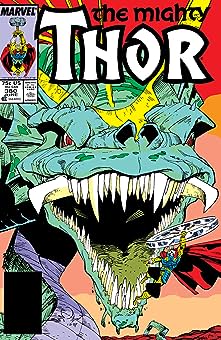 An issue told entirely in splash pages. I wasn’t a huge Thor fan growing up, but the one run I had read was Walt Simonson’s. I don’t know if it was Beta Ray Bill or Frog Thor, but one of those things jumped off the spinner rack and first got me buying Thor. This issue stuck with me because it was Walt being Walt. Gorgeous art, an awesome, godly fight scene – one god with a hammer versus a super-dragon. 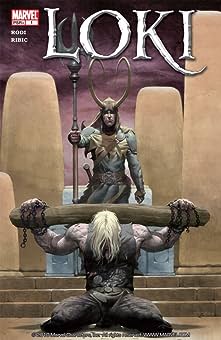 When I first got the gig to do Thor, it was the Marvel NOW! days when all the books were up for grabs. I got the gig before I really even had an idea, but it was like, “alright, you’re doing Thor and Esad [Ribic] is going to draw it”. Esad had drawn this book and it was fully painted. It solidified what I already had in mind for what Thor should be. Looking at Esad’s art, I knew ‘this is it’. 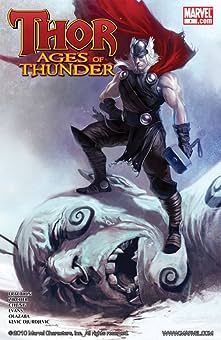 Matt Fraction did three Ages of Thunder one-shots and those were his very first Thor stories. Reading those, that was the first time I thought, 'Oh, I’d really like to write Thor'. Matt did stories about young Thor, very much the rambunctious god of the Vikings, fighting these really gnarly looking Frost Giants. It’s a very metal depiction. It’s like a metal song told in comic book form.