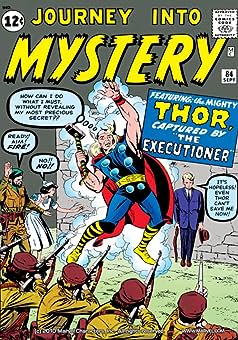 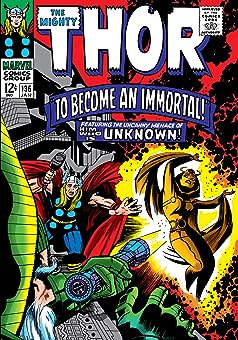 Jane and Thor wish to be married, but first Jane must contend with Odin’s trials to prove herself worthy! 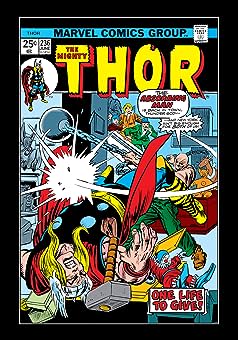 Jane is mortally wounded in the midst of a battle between Thor and the Absorbing Man, but her romantic rival Lady Sif comes to her aid! 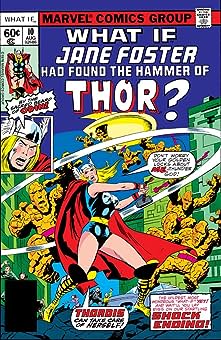 A prophecy of things to come, Midgard-born Jane Foster becomes Thordis, Goddess of Thunder! Several decades before this What If became reality, Jane Foster wields the mighty Mjolnir in this prescient tale! 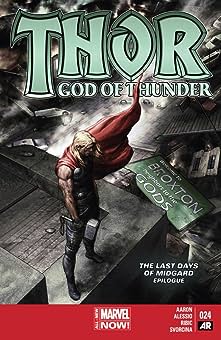 Despite battling cancer and undergoing chemotherapy, Jane still has the strength to serve as Midgard’s representative in the Congress of Worlds! 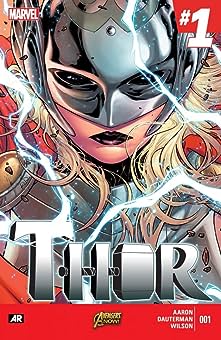 With Thor no longer worthy to wield Mjolnir, Jane takes up his mantle to fight for the safety of the Ten Realms! Continue with Mighty Thor (2015). 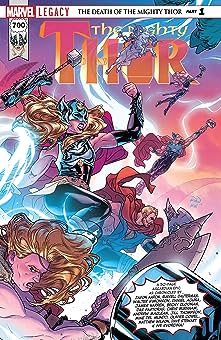 If Jane turns into Thor one more time it could kill her – but no one else can stand against the might of the Mangog! Try this arc’s Reading List! 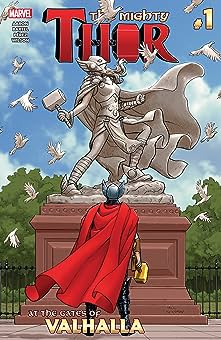 The Mighty Thor: At The Gates Of Valhalla
Issue #1
Entry to Valhalla

Thor may have perished, but Jane Foster’s power to inspire lives on — even in the far future! Don’t miss this tribute to Jason Aaron’s epic tale of Thor and the mighty hammer Mjolnir.