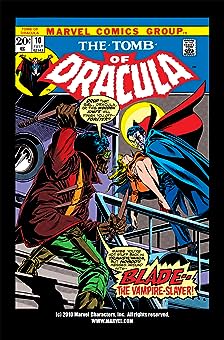 Marvel’s premiere vampire hunter bursts onto the scene! Dracula is conspiring to enslave some of the world’s most wealthy and powerful people aboard a luxury yacht. Blade sneaks aboard the ship as the vampire lords over his prospective subjects, but one of the passengers produces a cross to ward him away. Seizing the opportunity, Blade ambushes Dracula! 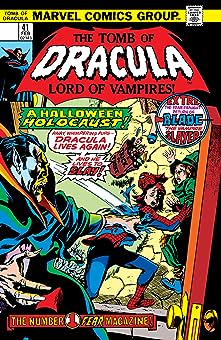 Dracula – resurrected! A group of vampire hunters brings the dread Dracula back to life to take on an even greater evil. A furious Blade refuses to work with his immortal enemy, but secretly shadows the count on his way to battle the vampiric cyborg Doctor Sun. Just when the two villains are about to clash, Blade appears to fight alongside Dracula! 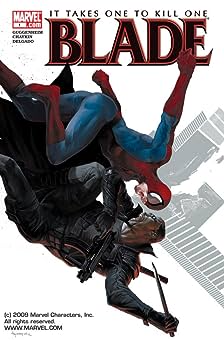 In Blade’s most recent ongoing series, he’s once again brought into conflict with the vampire Deacon Frost, the man responsible for killing Blade’s mother and making him a dhampir. Blade must also contend with a S.H.I.E.L.D. helicarrier staffed entirely by the undead, as well as a bloodsucking Spider-Man! 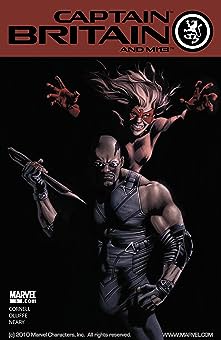 When a surge of sinister supernatural forces begins in Britain, Blade arrives to investigate. Teaming with the government superhero infrastructure known as MI-13, he notices fellow teammate Spitfire displays vampiric qualities and tries to kill her. She survives the attack, and once the two move past their differences, even begin a star-crossed romance! 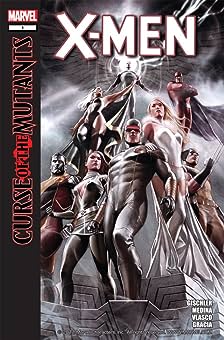 A mysterious bio-bomb is set off in San Francisco, coating several citizens, including resident X-Man Jubilee, in vampire blood! Cyclops sends the X-Men to investigate, and discovers that a new undead faction is seeking to take over the city. The X-Men will need Blade’s expertise if they want to escape the war with their mortal souls! 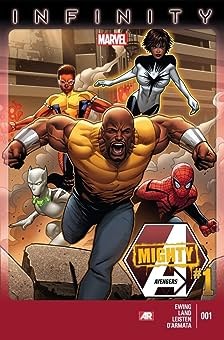 Thanos’ forces invade Planet Earth! With the main Avengers team off world, it’s up to a ragtag bunch of heroes including Luke Cage, Spectrum, White Tiger, the Superior Spider-Man, and the all-new Power Man to safeguard Manhattan! Plus – a mysterious new hero with a knockoff Spider-Man costume and a taste for blood enters the fray! 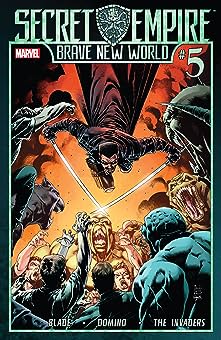 Starring Blade, Domino and the Invaders! With the Darkforce dome blocking all sunlight, Manhattan has a vampire problem. But the vampires are about to have a Blade problem! As soldiers of fortune go, Domino’s services aren't cheap – but when her target's this personal, you bet this bullet's on the house! 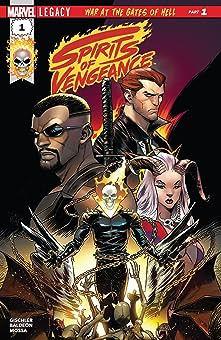 When an undercover angel is murdered, Johnny Blaze (A.K.A. Ghost Rider), must find the killers and punish them…but this time he won’t do it alone: a deadly team of supernatural slayers rise from the darkest depths to form an unholy alliance – BLADE! HELLSTORM! SATANA! Together they are the Spirits of Vengeance!