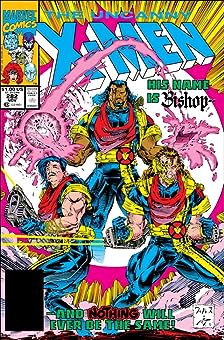 Friend, enemy, or something in between? On the trail of an unhinged fugitive named Trevor Fitzroy, Bishop, alongside fellow XSE agents (Xavier’s Security Enforcers), portals to the X-Men’s present from the mid-2000s. We don’t find out much about him here, but we do get the sense that he belongs to a police force, one that hires mutants to hunt their own kind. 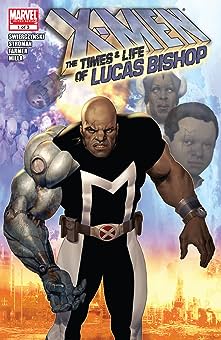 You could start with his first appearance, but we recommend this origin series that is equal parts gut-wrenching and foundational. Read Bishop’s earliest encounter with the “Witness,” and see his first days as a rookie recruit with the XSE alongside sister Shard. A child of war, Lucas would overcome the trauma of his parents’ loss to carry forth Charles Xavier’s dream. 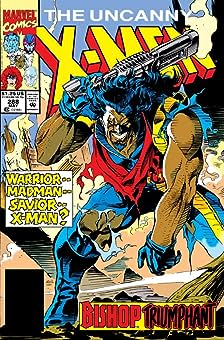 After a brutal back-and-forth in the pages of UNCANNY X-MEN (1963) #287, Bishop joined the 20th century team at Xavier’s request. But a heavy-handed approach to the “Fitzroy problem” didn’t earn him any brownie points, and a night out in New York City proved disastrous. Thanks to Trevor Fitzroy, 93 “lifer” inmates from Bishop’s time were released, with 1 hanger-on in the present. 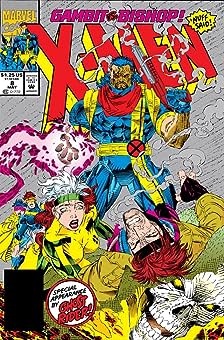 One of the ongoing themes behind Bishop is his feud with Gambit. In his own timeline, Bishop was warned of a betrayer amidst the X-Men’s ranks, with all signs pointing to Remy LeBeau. This assumption was later debunked in ONSLAUGHT: X-MEN (1996) #1, but it’s still fun to see these hotheads boil over. We also recommend UNCANNY X-MEN (1963) #298 where the two are forced into a Danger Room sesh and ish gets personal. 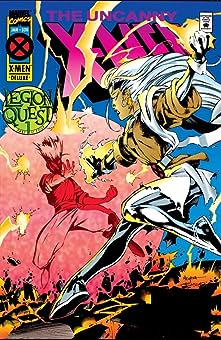 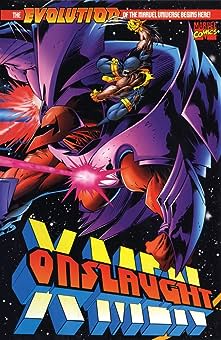 Yet another event starring Bishop in a key role. Here, Bishop pulled off his most defining moment as an X-Man. He absorbed a full blast from Onslaught, saving his teammates from the force of “a thousand mutants.” Onslaught was impressed enough to let the X-Men live, while Bishop had some serious recovering to do… 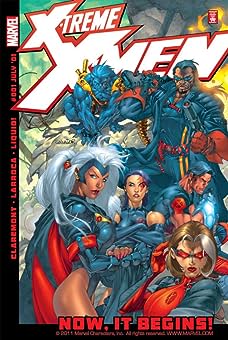 Bishop stepped into the role of detective in this series that featured the “Books of Truth” arc, a storyline that hinged on the recovery of the precognitive Destiny’s diaries. Consider this supplemental Bishop reading. His design is so dang cool here, plus we get to see him under Storm’s leadership—these two make great partners. 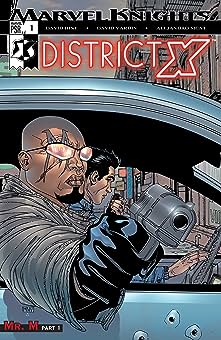 Special Agent Bishop once policed the going-ons in District X, New York City’s squalid tenement community home to so many mutants trying to eke out each day. This is street-level X-Men with Bishop in the lead. If you want to revisit some of the characters introduced here, continue with X-MEN: THE 198 (2006). 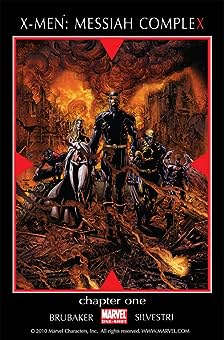 Try the entire event! In the aftermath to HOUSE OF M, the birth of Hope Summers sparked a revolution to eliminate, or further, mutantkind’s future. But Bishop’s got a complex of his own. As covered by X-MEN: THE LIVES AND TIMES OF LUCAS BISHOP (2009), Hope is the harbinger to Bishop’s bleak timeline, and her eventual attack on over a million humans will, someday, justify the mass incarceration of mutants. 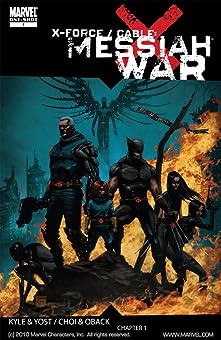 Cyclops sent off X-Force to retrieve Cable from the future where he’d been living with Hope in exile. Slight hitch was that the team had finite time and a limit on time-jumps, so screw-ups were out of the question. Continue through X-FORCE (2008) #16 to see where in time Cable and Hope eventually land. 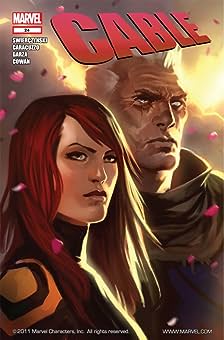 Bishop’s desperate scramble to hunt down Cable and Hope culminated in him questioning his life’s purpose. A true turning point moment. 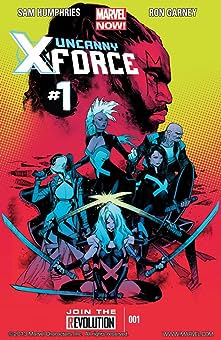 Bishop blurred the lines even more in the series that brought him back into the fold, this time as a no holds barred commando in Psylocke’s crew of outcasts and scoundrels. Following a merciless manhunt in the future, Bishop returned to the present under the influence of a psychic menace, one who clouded his mind enough to compel him to kill his friends (or try to). 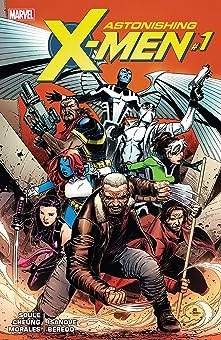 Complicated histories and relationship statuses abound in this team book featuring Bishop. Shadow King, one of the world’s ancient evils, attacks the world’s most powerful minds, including Charles Xavier’s. With the Professor in astral limbo, Bishop teamed with Psylocke, Old Man Logan, Archangel, Fantomex, Rogue and Gambit, to pull the Prof out of a brain-bending mindscape. 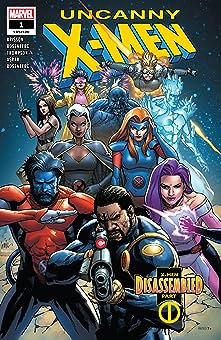 Try the entire “Disassembled” arc through issue #10, leading into the AGE OF X-MAN event. When Bishop got word of an imminent disaster soon to implode the X-Men’s world, his trail for answers led him straight to Sugar Man, a refugee from the same timeline as Dark Beast. But when Sugar Man’s split in two by an as-yet-unknown assailant, his secrets of catastrophe to come are taken to the grave…