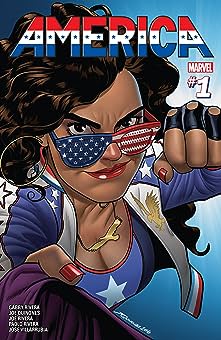 As the newly appointed leader of the Ultimates, America officially claims her place as Marvel’s preeminent butt-kicker! But while punching out big bads is great and all, it doesn’t leave much time for self-discovery. So, what’s a super-powered teen to do when she’s looking for fulfillment? Head to college! Critically acclaimed YA novelist Gabby Rivera gives you a series as colorful as its hero! 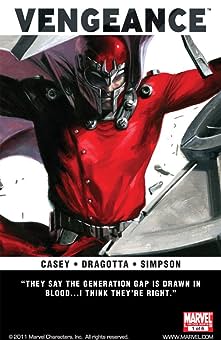 The psychedelic series that introduced Miss America! A member of the Teen Brigade, America serves under the leadership of the Ultimate Nullifier, a brazen hotshot who’s committed to firming up the line between Order and Chaos. Throw a cosmic quandary into the mix – the kidnapping of the In-Betweener – and you have a battle waged across time and space itself! 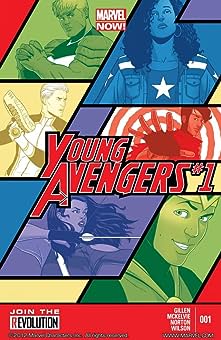 Miss America joins the hyper-cool second incarnation of the Young Avengers! But first – they crossed paths in Vengeance and it was a portal-sucking disaster – will America’s second run-in with Loki have a better outcome? Read this series for its sensational dialogue, art and all around panache! 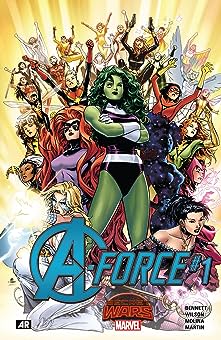 In this Secret Wars series, Chavez is one of the all-female fighters of A-Force, the super team of Battleworld Arcadia. But in an inadvertent ‘Sharknado’ fiasco, America falls on the wrong side of Overlord Doctor Doom’s justice and is sentenced to life in prison! Ay, Dios! 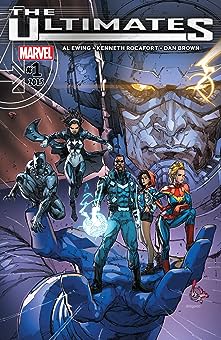 The ultimate super team of America, Black Panther, Captain Marvel, Spectrum and Blue Marvel unite to find and fix problems beyond the limits of the infinite! From cosmic forces lurking on Earth to what waits outside the Omniverse – the impossible is where they start! And what's more impossible than ending the threat of Galactus, Devourer of Worlds? 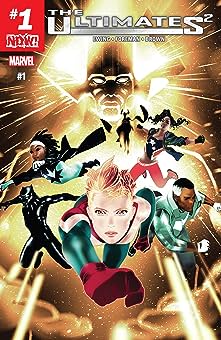 The Ultimates are under the taskforce of Miss America Chavez! Reality was torn asunder in their last series – could the stakes get any higher here? This time out, the Ultimates are not merely the safeguards of the Ominverse…they are the heralds of an all-new, all-different Galactus: Lifebringer, Seeder of Worlds! 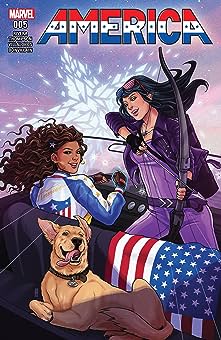 Former Young Avengers (and BFFs) reunite in Venice Beach at Hawkeye’s semi-legal 100% legit private investigator HQ! Over pizza, the heroes try to unravel the mystery of Madrimar, warlock luchador lady who’s been appearing out of the sky claiming to be America’s family. Then – things go sideways in a car chase that gives “road rage” a whole new meaning!