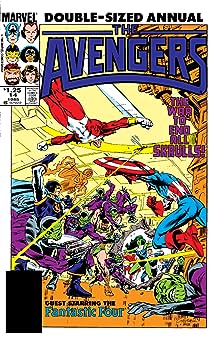 Reprinted as SECRET WARS II SPECIAL #2 in the UK, despite the fact it had nothing to do with SECRET WARS II. But Roger Stern’s writing is always a pleasure, and Kyle Baker’s sumptuous art over John Byrne’s breakdowns made for a visual treat. Plus, kids got to compare and contrast the same story playing out from the Fantastic Four’s point of view in the main SECRET WARS II...or FF ANNUAL #19, if you’re in the States. 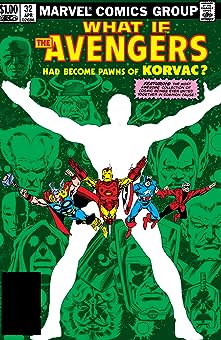 “What If…The Avengers Had Become the Pawns of Korvac?” Things go south very fast indeed – ending with the Living Tribunal running out on a doomed universe and leaving Order and Chaos to make water-cooler chat with Death as they wait for the end. Featuring one of the best – and most chilling – last pages in Marvel history. 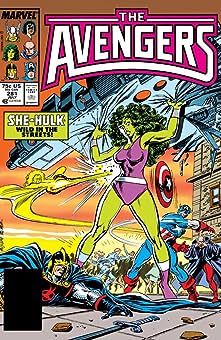 Read through #285. The Avengers versus the Gods of Olympus! More greatness from Roger Stern, with John Buscema and Tom Palmer – my favorite Avengers art team – providing gorgeous action every step of the way. This team – with Monica Rambeau as leader, will always be the Avengers lineup to beat for me. 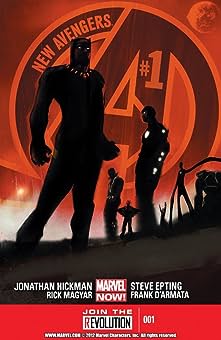 Read through #6. This wasn’t out very long ago, but it’s always worth a re-read. Jonathan Hickman writes a very different and darker kind of Avengers story, and while the other Avengers book was technically the flagship, this was the one that grabbed me more – a grim shadow story, lurking just out of sight of the main title. Steve Epting’s amazing art on these early issues is the icing on the cake. 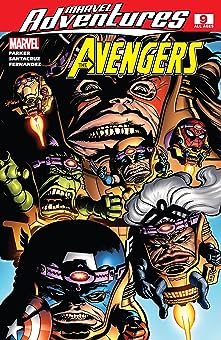 The Marvel Adventures line was a true joy while it lasted – All-Ages books, fun for kids and witty for grown-ups. #9 is a particular favorite, as Jeff Parker turns the Avengers into MODOKs (or MODOCs) and they start fighting crime in a more villainous way. Looking back, Karl the incompetent A.I.M. henchman may have been an influence.